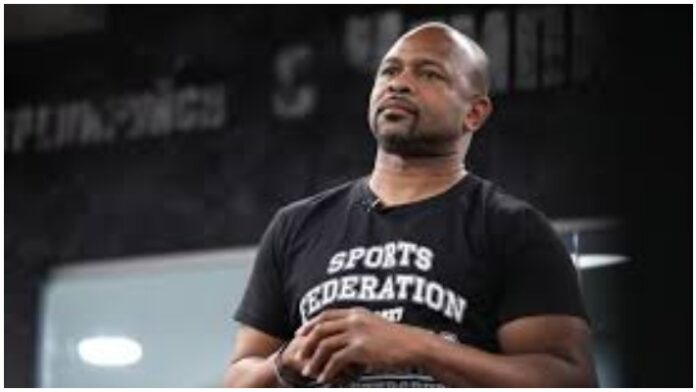 Roy Jones Jr. has revealed he is hoping to survive Mike Tyson’s patented early onslaught and the heavyweight legend to the later rounds when they fight on September 12.

On Thursday (July 23) it was announced ‘Iron Mike’ finally had a comeback opponent after months of speculation. The 54-year-old has been training hard ahead of a series of planned exhibition boxing bouts and has chosen fellow legend, Jones Jr., as his first dancing partner. Tyson was also believed to be considering a trilogy fight with long-time rival Evander Holyfield who has also announced he will be returning to the ring and that fight may still happen down the line.

Speaking to TMZ Sports about his upcoming bout against Tyson, Jones Jr. explained his gameplan will be to avoid taking damage early and take the heavyweight knockout artist into the later rounds, he said.

Jones Jr. believes Tyson’s lifestyle means he will struggle to keep a pace with him – especially after 15 years out of the ring, he said.

“Don’t think I ain’t seen the weed-smoking videos. Don’t think I ain’t seen all of that, I know what is going on. I’m not stupid I’m not going to go out there and collide with him in the first round and (try to) take him out like I am a fool. He is good early. He is strong early. He is still a strong lion but he has a cheetahs mentality. A cheetah mentality means I gotta get it quick. If I don’t get it quick that cheetah is outta breath. If you don’t get it quick, it belongs to me then.”

Do you think Roy Jones Jr. will be able to survive the early rounds against Mike Tyson?