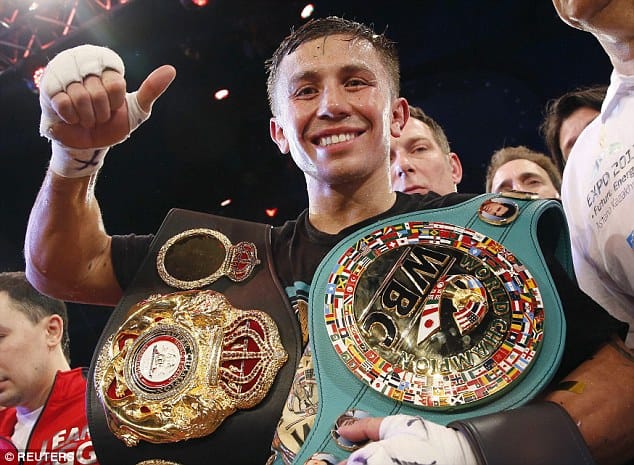 Middleweight knockout artists and current WBC, WBA (super) and IBO middleweight champion took on David Lemieux for the IBF title last night (Saturday October 17, 2015), and it was another dominant performance for ‘GGG.’ The powerful Khazak proved too much for his 34th victim, sending a big statement to the rest of the top middleweights who have been avoiding the scary puncher.

The jab was there early for Golovkin, as he damaged the Canadian round after round, and by the 5th it was do or die for the 26-year old. For his part, Limieux did manage to pop off some sound shots, but was beaten back with the convincing left hook of Golovkin.

Making it 31 knockouts from 34 wins and no defeats, there’s to be no more mid-upper tier fights for ‘GGG’ let’s see some huge PPV fights for the impressive champ that has the biggest punch in boxing today.