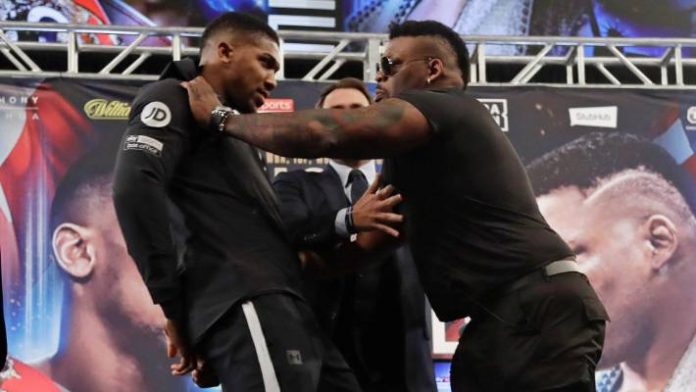 ESPN reported Tuesday that “Big Baby” had tested positive for the banned substance GW1516. This was later confirmed by Joshua’s promoter Eddie Hearn who revealed there was an adverse finding.

Miller was supposed to challenge Joshua for his heavyweight titles on June 1 at New York’s Madison Square Garden. According to the American’s co-promoter Dmitriy Salita, however, he is still training for that fight despite this recent development.

“We are in the process of obtaining further information about VADA’s finding and will have more to say soon on this developing situation,” Salita told ESPN. “In the meantime, Jarrell continues to train for his June 1 fight against Anthony Joshua.”

It is not known as of yet what will happen, but replacement opponents are being planned for Joshua.

According to Mail Sport, five heavyweight contenders are on the shortlist, including the likes of Luis Ortiz and Kubrat Pulev.

Dillian Whyte, who suffered his only defeat to domestic rival Joshua back in 2015, has also put his name in the hat to be a replacement.

Whoever the eventual opponent is, Joshua is still slated to make his U.S. debut on that date.