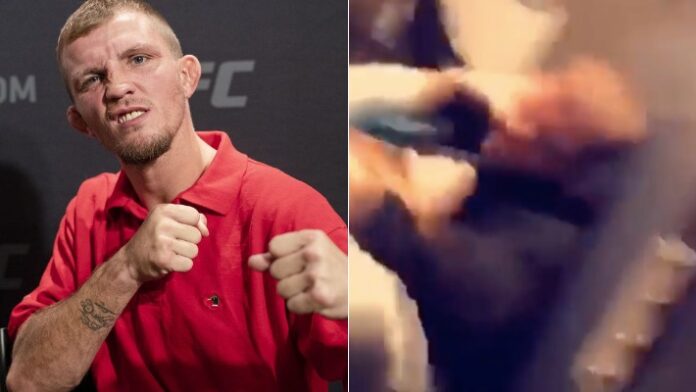 Jason Knight is a fighter. Both inside and outside of the ring. As Knight prepares for his rematch with Artem Lobov under the Bare-Knuckle FC banner, it seems he found himself a warmup fight recently in a public bathroom

One of Knight’s training partners, Brok Weaver, took to Instagram and shared a video of Knight taking on two men inside of a bathroom stall. Check it out below.

“Y’all don’t forget to catch one of the real street kings put his toe to the line an go back to war with Artem lobov at bare knuckle championship in Biloxi Mississippi this Saturday night. Last fight was epic an we got robbed but this fight we ain’t leaving up to the judges.

“Kill or be killed mentality. @jtkthekid is in the best shape iv ever seen him an more focused than iv ever seen him before. Plus he got a new weapon on his side an that’s God an if God be for us then who be against us?”

Jason Knight fighting two guys that backed him into a stall???? pic.twitter.com/1FMtmoZXTF

Lobov and Knight will rematch on November 16 from the Mississippi Coast Coliseum in Biloxi, Mississippi. It will be a rematch from their initial fight in April of last year, where the pair put on one for the ages. Lobov won that bout via unanimous decision, but fans have been clamoring for the rematch ever since.

What do you make of Knight taking on the two men in the bathroom stall?