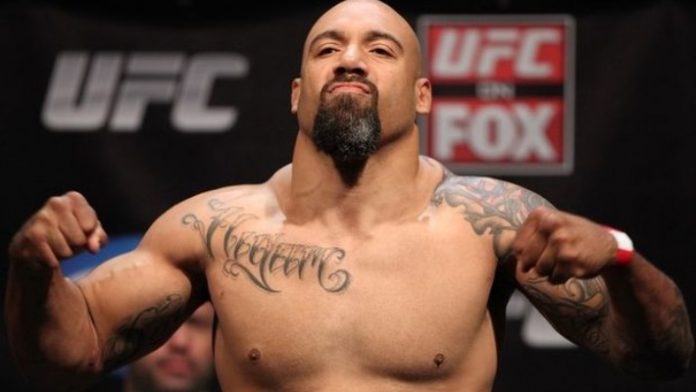 The report comes from Micheal Fiedel of The Body Lock. The 42-year-old is expected to fight on this Saturday’s inaugural Valor event from New Town, North Dakota. Johnson was a UFC veteran from 2012 to 2013 before signing with Bellator MMA. He fought for the Viacom-owned promotion until 2014 before being arrested in 2015 in California. Johnson was charged with corporal injury to a spouse/cohabitant, assault by means likely to produce great bodily injury, dissuading a witness from reporting a crime, and dissuade by force.

The Fresno Bee reports Johnson’s victim was his girlfriend at the time, who he had been with for seven years. The victim said Johnson grabbed her and threw her to the ground. He then lifted her up and hit her with two knees to the face. Johnson allegedly threw her to the ground again before throwing multiple punches to her head and face. In 2016, Johnson initially pled not guilty to the crime.

However, before the case went to trial, Johnson struck a plea deal in which he pled nolo contendere to his most serious charge, corporal injury. All other charges were dismissed. In nolo contendere, a defendant accepts conviction without actually admitting guilt. Johnson was sentenced to five years in prison but was credited 288 days of time already served.

What do you think about Valor signing Johnson to their bare-knuckle promotion?