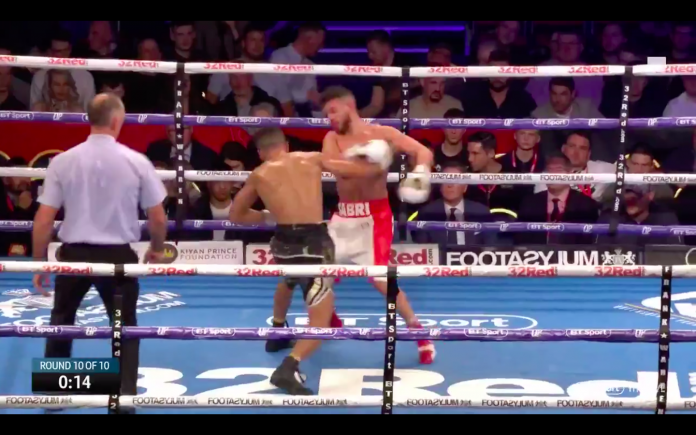 It only takes one. And French boxer Sabri Sediri learned that very quickly.

Sediri faced Sam Maxwell on Saturday’s BT Sport Fight Night in Leicester, England in a junior welterweight bout. In the fight, Sediri had scored two knockdowns. Those coming in the first and second rounds. Heading into the 10th and final round of the fight, Sediri was comfortably ahead on the judges’ scorecards.

However, he decided to begin taunting Maxwell and trying to put on too much of a show.

That came back to bite him where it hurts, as Maxwell landed a beautiful hook that planted Sediri down to the canvas. He was unable to get back to his feet, and the referee waved the action off. Maxwell pulled off a stunning last-second knockout win with just seconds to spare in the fight.