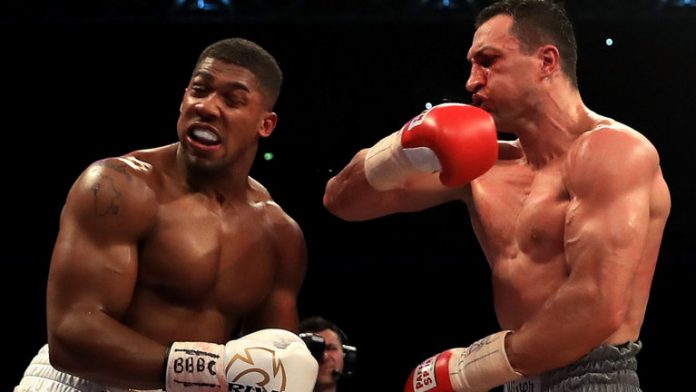 Klitschko hasn’t laced up his gloves since his 2017 defeat to Anthony Joshua. Prior to that, Klitschko suffered his first loss in over a decade to Tyson Fury. With the defeat to Fury, Klitschko lost the WBA (Super), IBF, WBO, IBO, The Ring, and lineal heavyweight championships. Fury bested the Russian after 12 rounds via unanimous decision.

After over a year off, Klitschko returned in attempt to regain his heavyweight straps. This time, however, he found himself against new heavyweight champion Anthony Joshua. He shared the ring with the talented Englishman for 11 rounds before being stopped by Joshua. However, it was a highly-competitive contest in which Klitschko earned a knockdown at one point.

Klitschko attempted to earn a rematch with Joshua after his loss, but a deal was never able to be made. As a result, Klitschko ultimately decided to retire from fighting. But after seeing the resurgence in the heavyweight division thanks to the likes of Joshua, Fury, and Deontay Wilder, the 43-years-old is eager to return.

According to a report from Mike Coppinger of FOX Sports, Klitschko was discussing a three-fight deal with the DAZN streaming service. The fights included a tune-up fight, and rematches against Fury and Joshua (in that order):

“Sources: Former heavyweight champion Wladimir Klitschko was discussing a three-fight deal with DAZN that would end his retirement. First fight would be a tune-up, followed by rematches with Tyson Fury and Anthony Joshua, in that order”

However, Klitschko reportedly told Sports Illustrated that is not true, and he’s negotiating a fight with Dillian Whyte. Klitschko initially didn’t have an interest in fighting Whyte, but that has all changed since his eagerness to return to boxing has ramped up:

“Klitschko told @SIChrisMannix it wasn’t true that he would discussing a fight with Dillian Whyte. He in fact wasn’t interested in boxing Whyte, but he’s keen on a comeback”