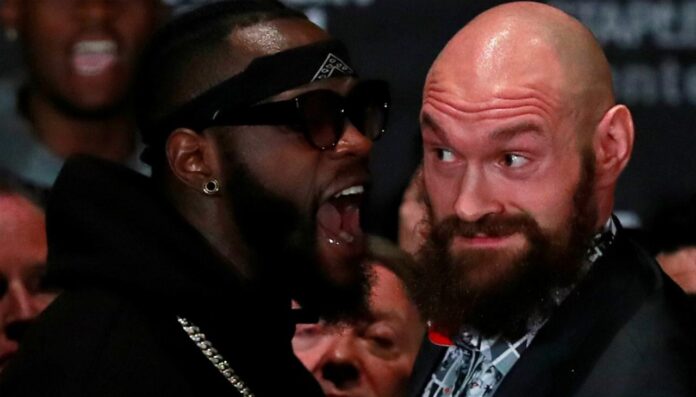 Boxing fans might not have to wait too long to see Tyson Fury and Deontay Wilder rematch after all.

Wilder recently claimed that the pair had agreed to terms on an early 2020 rematch. However, speaking to NBC Sports recently, Top Rank promoter Bob Arum noted that Tyson Fury might go ahead and face “The Bronze Bomber” next. Initially, the plan was for Fury to have at least one or two more fights in October or September before fighting Wilder in early 2020 (via Daily Mail UK):

“I think we really have to look at the situation. It will be up to ESPN and FOX. Maybe we go right to the fight now,” Arum said. “I felt I needed two fights with Tyson Fury in order to really have the public take a look at him and realize what a phenomenal athlete and entertainer he is.

“But because ESPN did such a magnificent job in helping us promote this last fight with Schwarz, maybe we can go right now into a Wilder fight but that would depend again on how the other side feels about it.

“Maybe I think we should we be talking about it, stop fooling around with interim fights. We saw with the Joshua vs Ruiz fight that anything can happen.”

Fury comes off a big TKO victory over the now formerly-undefeated German prospect Tom Schwarz. “The Gypsy King” put the German away in the second round with a nasty barrage of shots. Now, he’s ready to reclaim heavyweight gold, and has Wilder’s WBC title in his sights first.

However, Wilder must first get through Luis Ortiz, a former foe who came the closest to becoming the first man to ever finish the American knockout artist inside the ring. Wilder will defend his title against Ortiz in a bout that has yet to receive a date or location.