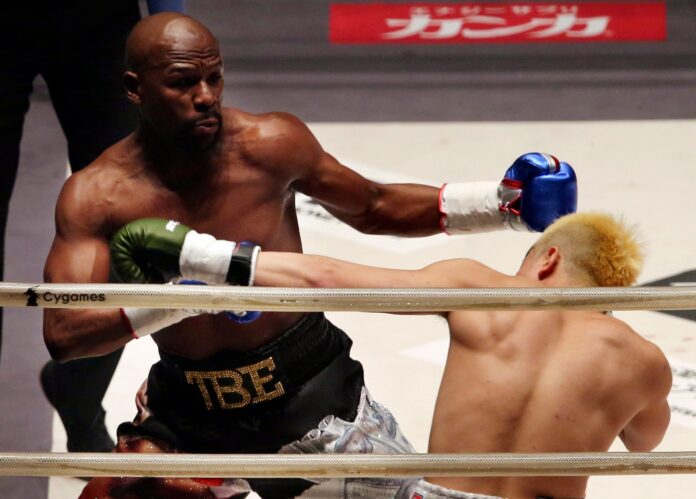 The Mayweather rumor mill went into overdrive recently after the 43-year-old posted a pair of Instagram videos hinting a return to Japan was in the works. Mayweather last fought in the ‘Land of the Rising Sun’ at RIZIN FF’s 2018 New Year’s Eve show.

It appears he enjoyed his experience working with the MMA promotion, who will resume holding shows in August. Two weeks back RIZIN held its first major press conference since the outbreak of Covid-19, on the same day Mayweather posted his initial video stating that, “Soon I’m going to hop on my jet to Tokyo, Japan for a meeting with my partners and Rizin for something this year 2020. Stay tuned.” He followed the initial post up with the below video a week later.

Currently, there is no date set for when this proposed bout would take place. It will likely depend on when Mayweather can enter Japan. RIZIN’s CEO Nobuyuki Sakakibara told Japan’s efight that negotiations are progressing though there are still plenty of details to be worked out.

The American superstar needed less than a round to overpower an outgunned Tenshin Nasukawa at RIZIN 14. The Japanese kickboxer was well and truly out of his element, and the result was never in doubt, with Mayweather reportedly banking a cool $US 9 million for his efforts. In contrast to Nasukawa, Uchiyama is a former professional boxer, who retired in 2016 with a record of 24-1-1, with twenty of his wins coming via knockout.

The 40-year-old Uchiyama has never fought outside of Japan, but he is a known face among boxing aficionados and Japanese sports fans. A bout with Mayweather would generate a certain level of interest and if it does take place hopefully it will be a more competitive contest than Mayweather’s previous RIZN appearance.

Would you be keen on seeing this contest take place?