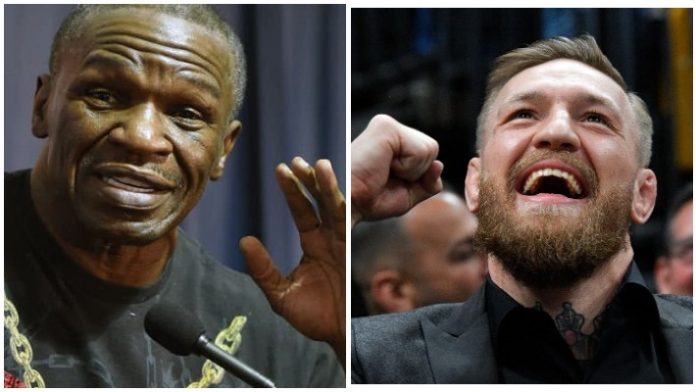 The news surrounding Conor McGregor recently was about his assault of an old man in an Irish pub. But things would go differently if he tried that on Floyd Mayweather Sr.

Footage from April emerged of McGregor assaulting an old man for not drinking his Proper 12 whiskey. The Irishman has since apologized for the incident in a wide-ranging interview with ESPN — however, many believe it’s damage control as many fans have been turned off by McGregor’s actions outside the Octagon.

But what would happen if he attempted that on Mayweather Sr.? The father of “Money” started shadowboxing when asked by TMZ before claiming he would whip McGregor’s a*s even if he was double his age:

It’s not the first time Mayweather Sr. has made that claim. In fact, he said the very same thing before his son collided with McGregor in their lucrative boxing match two years ago.

Do you think Mayweather Sr. could handle McGregor in a fight?