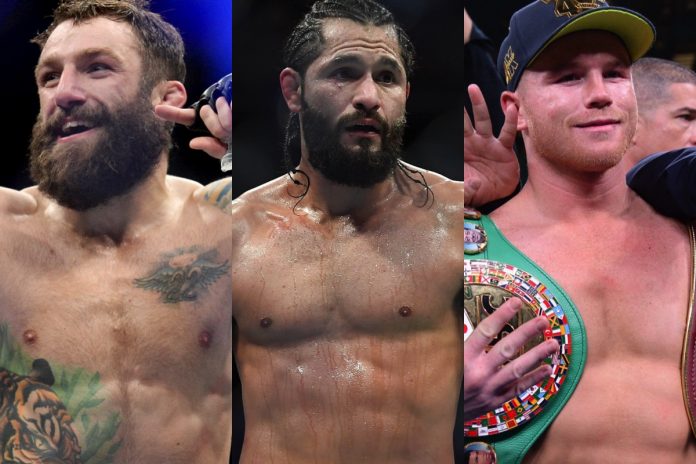 If the UFC wants to put together a boxing match between Jorge Masvidal and multi-weight world champion Canelo Alvarez, Michael Chiesa fully supports the move.

Masvidal called the Mexican star out after his UFC 244 victory over Nate Diaz. “Gamebred” said he wanted to “destroy” Alvarez. However, when questioned about this, Alvarez sounded very uninterested.

Recently, UFC welterweight Michael Chiesa was interviewed by MMA Junkie to get his take on the subject. Chiesa noted that, should the UFC ultimately decide to book a Masvidal vs. Alvarez boxing match, he supports it. “Maverick” believes Masvidal deserves to make the life-changing money such a fight would bring.

“Now, the things you can do with Jorge Masvidal, screw it, set up him in a boxing match,” Chiesa said. “Jorge is in a great position that he can be whatever he wants to be. If he wants to jump into the title fight after (UFC) 245 he can do that.

“If he wanted to get a boxing match with Canelo Alvarez, you could probably make it happen. People love these crossover fights, I don’t disagree with them at all. He’s in a good position, and Nate (Diaz) is, as well, and both guys deserve it.”

What do you make of Chiesa throwing support behind a potential Masvidal vs. Alvarez matchup?