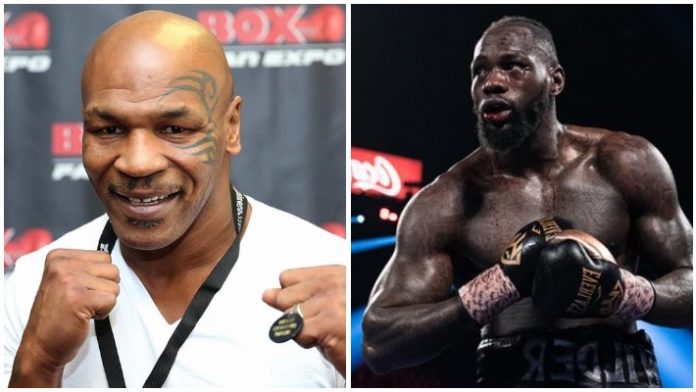 During an Instagram live with rap artist Fat Joe, Tyson said that he believes Wilder can win the fight but he needs to adjust his attitude.

“No there’s always a chance. Everyone always has a chance. It just depends on how much they want to give in to it. If he wants to dedicate his life to really winning this fight, anything can happen,” said Tyson.

“Wilder can still make a lot of money. He shouldn’t feel sad or discouraged. He should continue to go out there and fight with a lot of zest and confidence,” said Tyson.

“Grow up man, let’s just keep going through this until it’s really over,’” added Tyson.

These words come to Wilder as he deals with his first career loss in the rematch with Tyson Fury.

The fight itself was dominated by Fury who used a different style than he is known for, pressing forward and putting Wilder on the back foot until he was able to find a stoppage in the 7th round.

‘Iron Mike’ himself is no stranger to defeat, having lost and reclaimed the heavyweight title over his years of competition.

Wilder will need to take Tyson’s advice on board and make the necessary adjustments if he plans to emerge victorious in the upcoming bout.

Right now, there has been no official announcement regarding date and location for the highly anticipated trilogy bout between the two, but it has been rumored Australia is the front runner.

Who do you think will emerge victorious in the trilogy match?