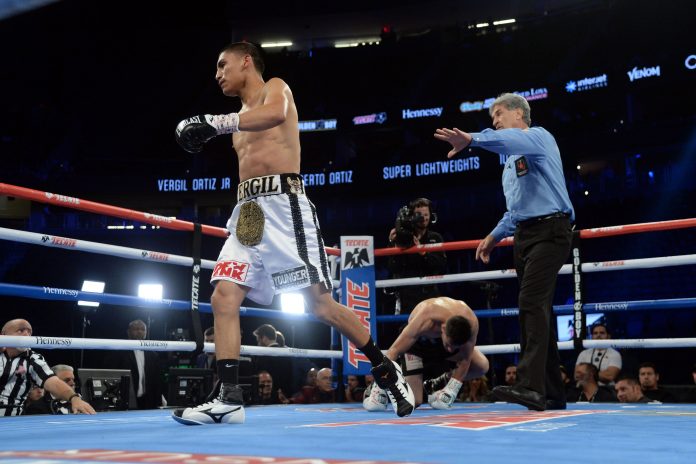 “Due to Team @KingRyanG decision not to accept a July 4th bout, we will now return in late July with the future of boxing @vergilortiz, more exciting details to follow.

The event originally rumoured to be headlined by undefeated boxing prospect Ryan Garcia changed headliner after Garcia and DAZN were unable to agree financially.

Speaking to sports illustrated Garcia shared his frustration regarding the conversations between the two.

“That’s bull, Why am I being held back financially? What is the problem here? Why is DAZN giving out big numbers to guys fighting nobodies? It’s fu—ed up how I’m being treated. I’m not asking for $100 million. Just give me the check I deserve. How am I one of the biggest fighters in the world and I get bigger paychecks outside of boxing?”

Despite Garcia’s protest, it would seem that the two could not agree in time for the July 4th event that has now been pushed back to sometime late July.

Vergil Ortiz will now be tasked with replacing Garcia, the undefeated welterweight holds a record of 15 wins all by knockout.

As far as opponents, it has not yet been announced who will face the knockout artist in the ring.

While he doesn’t have a fight scheduled Garcia will look to return later in the year, speaking to sports illustrated he asked for a direct line to DAZN himself to discuss the issue of money.

“I’m tired of going through middlemen. DAZN needs to call me. I need to hear from them why stuff can’t happen.”

When do you think we will see Garcia return to the ring?